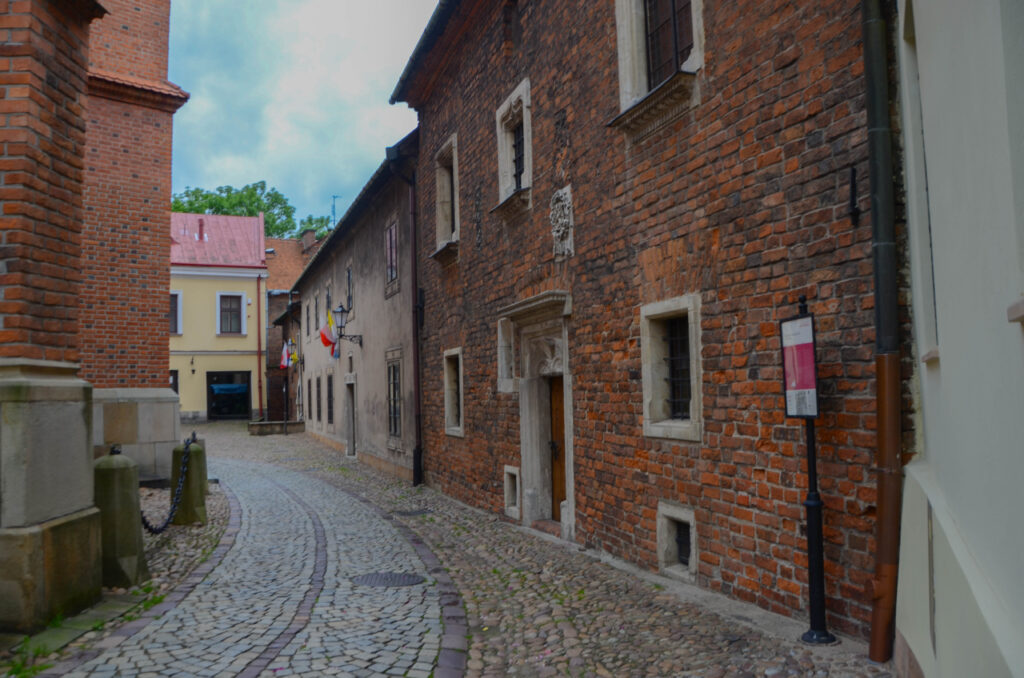 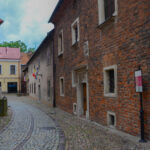 It is one of the oldest and the prettiest tenement houses in Tarnów. It is located just in front of the cathedral tower, in a lane by the Cathedral Square. A two-storey house was built on to the defensive wall most likely in 1524 by Jan Mikołajewski and thus it obtained a one tract and three axles system. Initially it was used by clergy, later it became premises of .an academic colony school. After Tarnów was occupied by Austrians it was transformed into a secondary school. In 1903 the municipality withdrew from the intention to modernise it, which resulted in schools moving out. The tenement house became a residential building, In 1930 the District Health Centre and a Museum of Hygiene were opened there. At present, together with neighbouring tenement houses it is the seat of the Diocese Museum. Wooden ceilings and fragments of polychromy, Gothic window frames, two late Gothic stone portals and at the entry an 18th century wooden gate are partially preserved there.